Greenway Lane is a development of 48 new homes, 19 of which are designated as affordable housing for local people. The scheme accommodates allotments which originally occupied the site. Instead of building over them or reducing their area, the allotments have been moved within the site and actually increased in number from 56 to 87 which has helped to reduce a long waiting list.

The new houses, designed by LHC in the Arts & Crafts style, wrap around the northern and eastern edge of the site, making the most of the glorious south-facing views and responding to the local landscape, retaining distinctive site features such as existing Devon banks and hedgerows to reinforce boundaries; orientating the street and houses to fit with the local character and fully integrating the allotments into the site. 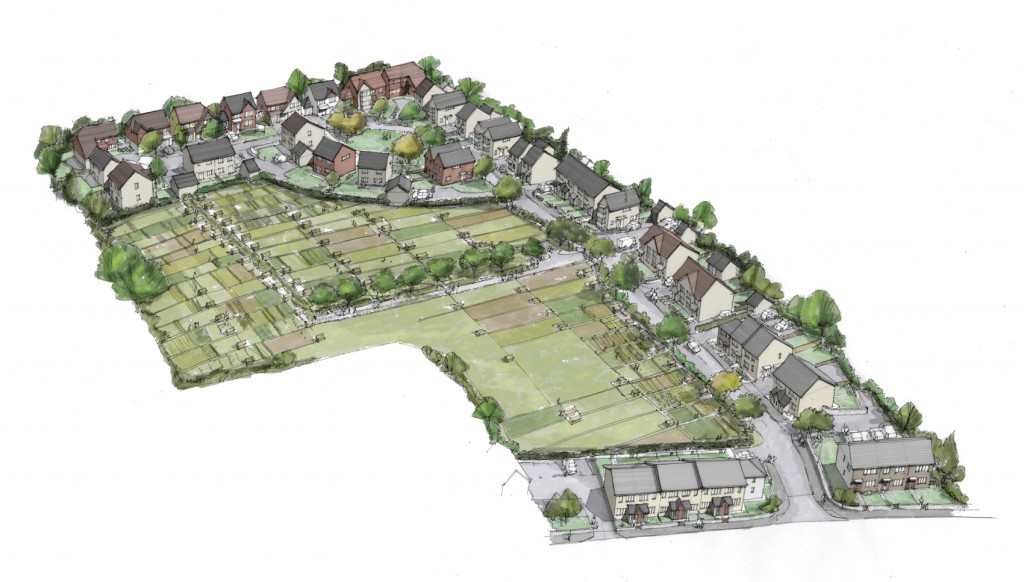