Glayne Price has been named Best Woman Architectural Technologist in ‘The European Women in Construction and Engineering Awards’ 2016 (WICE Awards).

Company Director Glayne is one of 21 elite women from across Europe who have been selected as WICE Award winners following a two-month judging process.

Based in LHC’s Exeter studio, Glayne has worked for LHC for over 25 years, starting her career as a Junior Graduate Technician. Over the years, her commitment and enthusiasm has seen her climb the ladder to the senior team, where she now acts as a mentor for junior staff following in her footsteps.

Glayne was inspired by her father, but thanks her careers advisor at school who encouraged her to pursue a career within the construction industry.

“Originally I had planned to follow my dad into the Navy as a draughts person but the entry qualifications were out of my reach as I wasn’t a natural academic. It was thanks to my careers teacher who suggested a BTEC OND in Building Studies at Plymouth College of Further Education which was the gateway to me joining The Company of Designers in Plymouth as a Junior Graduate Technician. The Company of Designers later became LHC.”

The WICE Awards have been designed to find the most exemplary women within construction and engineering across Europe and to promote the importance of women within the industry and the wide range of roles available. Glayne’s award recognises her knowledge, motivation and dedication to the industry.

“To be chosen as one of Europe’s leading women in construction is such an honour, but more than that, these awards help to encourage and inspire a younger generation to follow their ambition. They prove that women can get to the very top in this industry which will, hopefully, increase awareness of the wealth of opportunities available within a sector which has traditionally been very male dominated.”

Do get in touch if you think Glayne’s story and her wealth of knowledge about the industry could inspire and inform your students – girls or boys. 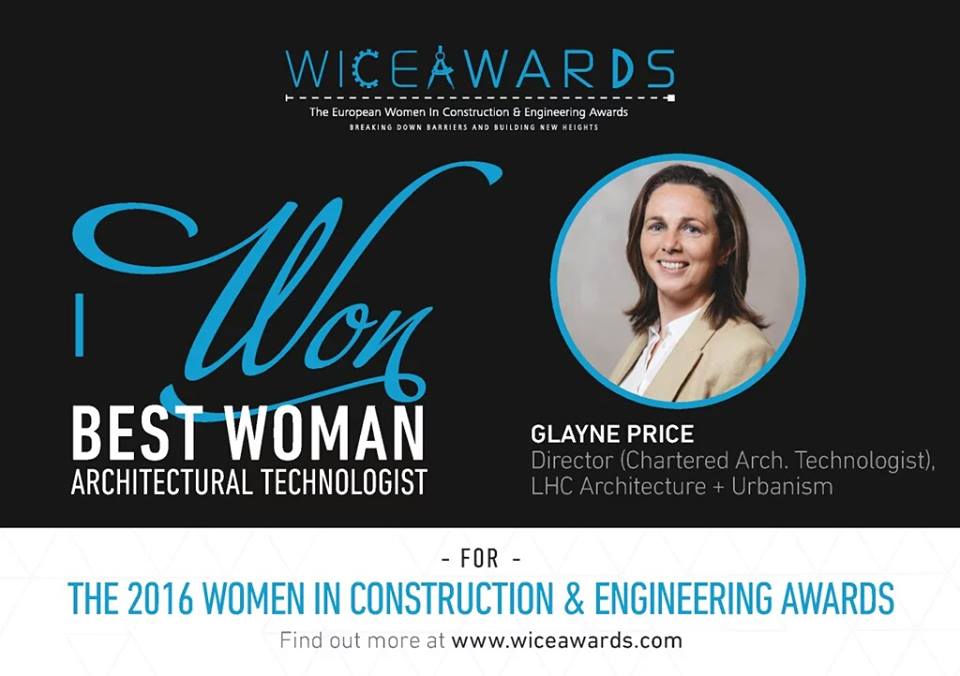