TEDxExeter aims to more than double its reach this year thanks to the loyal support of existing sponsors, and new organisations who have come on board. Their sponsorship means that many more people will be able to see some of the world’s best thinkers share their ground-breaking work and ideas. LHC is delighted to be one of the sponsors of this inspiring event for 2016. 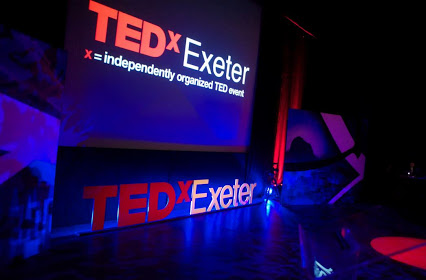 Now in its fifth year, TEDxExeter will take place on Friday 15 April at the Exeter Northcott Theatre with a simultaneous livestream to the nearby Alumni Auditorium. Tickets for both these events are now sold out, but there are still opportunities for people to get involved. Public viewing parties will take place at Exeter Central Library and at RAMM (Royal Albert Memorial Museum). People who haven’t got tickets will still be able to participate: watching the livestream via their computer, or getting together with friends or colleagues to arrange a private viewing party.

Commenting on LHC’s reasons for supporting TEDxExeter, Marketing Manager, Andrea Veale said: “LHC is delighted to be a sponsor of TEDx Exeter this year. It’s a fantastic opportunity to be involved in an event which sets out to inspire, challenge and inform, and one which has so captured the imagination of our city.”

Claire Kennedy, TEDxExeter licensee and curator added: “We are extremely grateful to all our sponsors. Without their support this event wouldn’t happen, and it wouldn’t have been able to grow at such a rate.

“This year, we are bringing a stellar line up of speakers to Exeter, addressing many of the complex issues that face us all today. Without our sponsors, their ideas wouldn’t reach nearly so many people in Devon, from students in our schools and citizens going about their daily lives to civic leaders and change makers. They also have a national and global audience.”

This year’s theme for TEDxExeter is Dreams to Reality. The organisers hope that after hearing how the speakers have taken their dreams and ideas, and made them happen, audience members will be inspired to take action and innovate themselves.

TEDxExeter is organised by a team of local volunteers. It is made possible by the generosity of local companies who support the event. TEDxExeter 2016 will take place in the Exeter Northcott Theatre on Friday 15 April, with a simultaneous livestream to the nearby Alumni Auditorium. Tickets for both venues ar now sold out (the Northcott has a waiting list). Other livestream viewing parties will take place in venues around Exeter and beyond. Details will be announced nearer the event.

All TEDxExeter talks are filmed and made freely available on the internet. The TED translation project means ideas from Exeter reach a truly global audience. So far TEDxExeter speakers’ talks have been viewed more than 5.25 million times. Four of them have been featured on TED.com: Karima Bennoune sharing stories of real people fighting against fundamentalism in their own communities; Scilla Elworthy speaking on non violence; Bandi Mbubi calling for fair trade phones; and slam poet Harry Baker’s love poem for lonely prime numbers… Michelle Ryan’s talk on work-life balance tops a TEDx YouTube list on the way we work.

In the spirit of ideas worth spreading, TEDx is a program of local, self-organized events that bring people together to share a TED-like experience. At a TEDx event, TED Talks video and live speakers combine to spark deep discussion and connection. These local, self-organized events are branded TEDx, where x = independently organized TED event. The TED Conference provides general guidance for the TEDx program, but individual TEDx events are self-organized. (Subject to certain rules and regulations.)

TED is a nonprofit organization devoted to Ideas Worth Spreading, usually in the form of short, powerful talks (18 minutes or fewer) delivered by today’s leading thinkers and doers. Many of these talks are given at TED’s annual conference in Vancouver, British Columbia, and made available, free, on TED.com. TED speakers have included Bill Gates, Jane Goodall, Elizabeth Gilbert, Sir Richard Branson, Nandan Nilekani, Philippe Starck, Ngozi Okonjo-Iweala, Sal Khan and Daniel Kahneman.

TED’s open and free initiatives for spreading ideas include TED.com, where new TED Talk videos are posted daily; the Open Translation Project, which provides subtitles and interactive transcripts as well as translations from thousands of volunteers worldwide; the educational initiative TED-Ed; the annual million-dollar TED Prize, which funds exceptional individuals with a “wish,” or idea, to create change in the world; TEDx, which provides licenses to thousands of individuals and groups who host local, self-organized TED-style events around the world; and the TED Fellows program, which selects innovators from around the globe to amplify the impact of their remarkable projects and activities.